When Your Natural Self Gets Crammed Into a Box

Posted on December 17, 2013 by Dr.Sherry Buffington

Q – I must be doing something wrong. I only ask thoughtful questions as you taught, but almost all of the people who come to me for help end up being some combination of Commander and Entertainer (Commander/Entertainer, Entertainer/Commander, True Commander, True Entertainer and occasionally Commander/Organizer or Entertainer/Relater).  I’m afraid I’m somehow influencing them. How do I avoid doing that?

A – As long as you are asking thoughtful questions and not leading questions or making leading statements, you can be sure you are not influencing your clients’ choices. 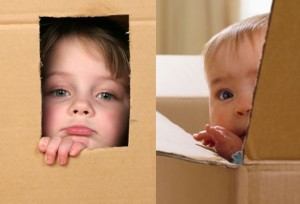 The reason most of your clients end up as some combination of Commander and/or Entertainer is because those are the two styles which most frequently get conditioned into a compliant box as children. The two cautious types, Relater and Organizer, are easy to manage as children so, with one exception, which I’ll cover later, they are allowed to grow up in accordance with their nature.

Little Relaters are easy-going, obedient and compliant. Their primary goal is to please others and they readily comply in order to do that. They are quiet, gentle and unobtrusive, and they love to cuddle.

Little Organizers are quiet and unobtrusive too though they are not as inclined to cuddle as toddlers. They play quietly 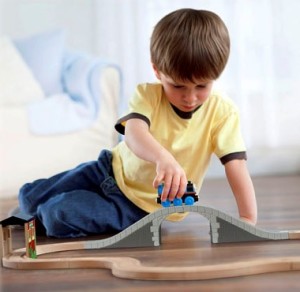 out of the way of others, follow the rules, keep their toys picked up and their room clean. Relaters and Organizers are the same in school. In fact school systems were designed by Organizers to fit the Organizer way of doing things; sit quietly, follow the rules, don’t speak without permission, attend to the details, get things right.  Because Relaters are introverts and want to please, they fit into the school system far better than either of the bold types. Why would any parent want to change the behaviors of a Relater or an Organizer?

The two extroverts, Commanders and Entertainers, are a whole different story. They are bold by nature. They come into the world that way. The problem is, these bold babies don’t yet have any coping skills so they throw tantrums, they get into things as they boldly explore their world, they learn to say “no” very quickly and to resist the attempts of their parents to control them.

By the age of two, little Commanders are certain they can run the show and they stubbornly try. They begin asserting their right to decide quite early and are directing anyone who will follow by the time they are three.  Those who try to control them are generally in for a quite a challenge because little Commander can dig in their heels and stand their ground much longer than most adults are willing or able to handle.

By the time they learn to talk, little Entertainers are talking 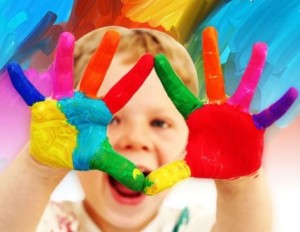 everyone’s ear off, asking “why” questions a thousand times a day and regularly interrupting adult conversations to redirect everyone’s attention to whatever they consider noteworthy, which is almost everything.  They make colorful drawings, do cartwheels, bounce around to music, delight in a cartoon, make a funny face, put on a sock for the first time, paint their hands or faces…whatever it takes to entertain. All of life is an adventure and all adventures are worthy of being shared to little Entertainers.

Bold toddlers are a handful and the response from almost all adults is to rein them in. They get the message quite early in life that being who they came into the world to be is not alright; that they have to be different if they are to be accepted so they begin to adjust their behaviors to fit the accepted “norms.” Our number one need as human beings is to be accepted and, when we aren’t, we adjust to fit in.

There are only two ways to adjust; model what we are shown or reject it. Those who model it, tend to lose themselves and therefore, lose their way in the process if the model doesn’t align with their nature. Those who reject it, are fighting to keep their sense of self, which is the healthiest of the two responses, but the effect is that they become angry and difficult to manage. They become rebellious teenagers and, if they never get past the anger, they grow up to be difficult (or at least, highly frustrated) adults.

Beyond the conditioning they get at home, bold children are highly conditioned in school. Commanders want to move through things quickly and get to the bottom line. They are impatient with the slow, methodical approach typically taken in schools. They get bored and mentally check out which can result in less than stellar grades.

Like Commanders, Entertainers are quick minded, but they are also highly sociable and tend to resist dealing with details. Entertainers also get bored with a teacher standing at the front of the room droning on about something the Entertainer finds of little interest. But, where Commander children will sit and doodle or dream up ideas to keep themselves occupied in the slow moving school environment, Entertainers get creative and sociable. They draw pictures, they talk to the children close by, they pass notes, they make noise to get attention, they stare out the window at a more interesting world. And they get lots of notes sent home stating that they were disruptive in class.

Entertainer children are often diagnosed as ADD or ADHD which is a huge travesty and a real pet peeve of mine.  They are most definitely NOT attention deficit. In fact, they pay attention to everything! They see the leaves rustling on the trees outside the schoolroom window. They see the fly on the ceiling. They hear the wind through the trees and the cars going by. They see the foot of the child three rows up bouncing impatiently. They see and attend to everything. It’s how their quick brain works.  They may not focus on one thing for long, but the vast majority of them are not attention deficit. That their brains go faster than the slow pace of the typical school system is really not a deficit in the child. It’s a deficit in the school system. But what happens? Parents get pressured into giving their child drugs to slow their brain down; drugs with horrible side effects, both physically and psychologically. These children are taught that (1) there is something wrong with them and (2) drugs are the answer.

Studies show that children who were given “ADHD” drugs such as Ritalin or Adderall when they were in grade school are 13 times more likely to abuse drugs as teens and young adults than is average. I could write a book on the travesty of drugging children into compliance, but that wasn’t what you wanted to know.

To answer your question: the reason most of your clients turn out to be Commanders, Entertainers or some combination of these is because they were born bold children and they got conditioned into a box to ensure they conformed to family, school or societal expectations.  They are like race horses whose nature is to run, but who have been harnessed and hitched to a plow. Being constrained eventually becomes too uncomfortable to bear so they go searching for help.

Most people who seek a coach for personal growth or to find their purpose or passion in life fit into this category. The one exception you will find is Relater males who have been conditioned toward Commander (the male stereotype).  Many gentle, feeling Relater males get pushed to be more like the stereotype because that’s what we have mistakenly been taught to believe that men should be like. I have had many Relater males tell me they were called a “wimp” or a “woos” by their father, teased and bullied in school and made to feel less than a man because they weren’t the tough, macho guy of the stereotype.  The truth is, Relater males are just as masculine as Commander males. They just express it in different ways.

Studies show that 73% of the U.S. population are extroverts. Our research over 20 years and tens of thousands of CORE profiles suggest that a large percentage of them don’t know that. In fact, 84% of that population are so identified with the mask of conformity they put on as a child, that they don’t know who they are or what they want from life. It’s these people who go searching for a coach.  So the odds that the authentic style of your clients will be some combination of Commander or Entertainer is quite high.

This entry was posted in All Posts and tagged bold, cautious, conditioning, introvert, Introverts, personality, social. Bookmark the permalink.